What's the same for all 4 illuminators:
They're all physically the same size. They are all constant-power devices. I tested at 11, 12, and 13 volts, and the current went down as the voltage went up to maintain a constant power draw. This includes the cameras. They all have center hotspots, to varying degrees. With possibly one exception, the camera built-in IR is the worst with the hotspot. They all, to varying degrees, improve on the camera's built-in IR. All have photocells to turn off the LEDs based on ambient light level.

Disclaimer: I don't consider this a review. A review would include more test situations, addition focal length cameras, multiple samples of the illuminators to weed out manufacturing anomalies and defects, more precise aiming than my "best effort", and so forth.

2nd place: Jcheng clear face. Claimed FOV 60-80 degrees. With only a quick glance, this one looks to be identical to the CMVision IR-40. A closer examination through the face reveals that the circuit boards aren't the same, and the LED lenses appear to be made of a different plastic. Its light output is almost as good as the IR-40, and it's hotspot is only a little bit worse. For myself, I don't see a good reason to not go with the slightly better IR-40, even if it costs a few dollars more. Painted silver.

3rd place: Tendelux AI4. Claimed FOV 90 degrees. To my eye. the output pattern is about the same as the CMVision IR-40, just not as bright. The black front face provides a daytime stealth advantage in some mounting locations, so in some cases, this could be the better choice. Painted black.

4th place: Jcheng black face. Claimed FOV 60-80 degrees. The only advantage I can think of is the possible daytime stealth mentioned for the Tendelux illuminator. You might think it's a "no hotspot" illuminator because of the black face. It's not claimed to be, and it has the worst hostpot of the 4 models. It also provides the brightest illumination, but at a narrower angle than the CMVision IR-40. There might be situations with narrow FOV cameras where this is the better illuminator. What convinced me to put in in last place is that while the visible red glow of the other illuminators and the cameras is about the same, this one stands alone with a brighter visible glow, compromising its night-time stealth. Painted black.

The comments and rankings are based on my perceptions. You can draw your own conclusion from the snaps I used. This is the outdoor setup (I've painted some of the illuminators brown-ish):

The Jcheng clear face illuminator wasn't on the tree for the above photo. Here's a snap of it next to the similar-looking CMVision model:

The outdoor setup pictures (the camera and illuminators are about 75 feet from the house):

Indoor setup pictures (the camera and illuminators are 7 feet from the garage door):

Thank you for the detailed comparison.

Do the IR light panels affect the cameras at night?
T

byee said:
Do the IR light panels affect the cameras at night?
Click to expand...

Could you re-word the question? I'm not understanding it.
B

I can speak only for the specific cameras and IR lights that I have used. Short answer: The external IR light results in a better picture at night. The only negatives I can think of are the added wiring complexity, cost, and higher power consumption. (I do turn off the internal IR lights).

Long answer: Image-wise, I have found the external IR lights to be an improvement in every aspect.. The most significant improvement for me is with the center hotspot. It still exists with the external lights, but is considerably less severe. The other big improvement is higher light intensity, to be expected with the higher power draw. I hope these things can be seen from the pictures in the first post. Other advantages are that the external illuminator eliminates attracting bugs and spiders to the camera, and allows the camera to remain useful during rain and snow. When raining or snowing, the internal IR light is reflected straight back to the camera, effectively blinding it.

tigerwillow1 said:
Image-wise, I have found the external IR lights to be an improvement in every aspect
Click to expand...

Have you found that the illumination level is sufficiently increased that the camera is able to (presumably automatically) operate at a shorter exposure time therefore reduce blurring on movement?
T

alastairstevenson said:
Have you found that the illumination level is sufficiently increased that the camera is able to (presumably automatically) operate at a shorter exposure time therefore reduce blurring on movement?
Click to expand...

I can't speak directly to the shutter speed because the cameras are on auto exposure. I see only animals at night and I can say that the feral cats and bunny rabbits show up more clearly with higher contrast, and in some cases are slightly visible where they were previously not visible at all. Especially at the edges of the image that the built-in IR does poorly with. I'd call it a decent incremental improvement as opposed to a night-and-day difference. And a lot less spiders! They still occasionally crawl in front of the lens, even on one camera where the nearest IR light is over 20 feet away, and even with the turret cams. A brighter illuminator would make it better of course.
T

Reliability update: Since making the original post about a year ago, I've had two Jcheng clear-face illuminators fail. No failures yet for the CMVision IR-40, which I have 3x as many as the Jchengs. I'm noticing a trend here
T

2 year later reliability update:
Had another light fail yesterday, the last of my jecheng clear face illuminators. From my own experience, the CMvision IR-40 is the go-to 4-watt illuminator, with the Tendelux AI4 being acceptable if you need the daytime stealth of the black face. Here's a 2-year summary for the four 4-watt illuminators I tried:

Tendelux AI4:
- Only advantage over IR40 is black face and case painted black
- One of 2 that I bought filled with rainwater, which was repairable

Jeceng clear face: 3 of 3 have failed

Jecheng black face: Sitting on the shelf because I don't like its performance

I determined the cause of in a couple of the failed lights, which was a failed LED. Each of the LEDs is welded to the circular mounting plate. After replacing one I decided it was not worth the hassle, and the failed illuminators go into the trash.

I also run a Univivi 6-watter which has been flawless so far.

I purchased a IR-40 based on your test and been very happy with it going now on a year after install.
I agree, it beats the AI4.
C

Thanks for posts Tigerwillow1. I hadn't seen your original when I started purchasing IR sources for my outdoor cams. I am only interested, so far, with capturing the critters in the woods. Except for the deer and foxes that happens mostly at night.
Other than the actual illumination requirement the biggest advantage for me has been the elimination of 'white eye' on the animals. With the onboard IR from the cameras they all looked like white walkers before. With the off camera sources the lighting looks 100% better. btw I have found 2' separation from the lens axis is adequate to completely eliminate the equivalent of 'red eye'.
I went with all Tendelux and have about a dozen deployed in the woods, from AI4's to BI18's. I'm pleased with their performance but didn't have the benefit of your comparison when I started purchasing them.
W

Location
Somewhere in the space/time continuum

I purchased (2) Tendelex AI4 almost 2 years ago now. They have been working flawlessly for that time, and provide great fill IR for the area they cover. Will try the CMvision IR-40 next as I have a new area I need to get more IR light. Thanks for the review!

tigerwillow1 said:
Reliability update: Since making the original post about a year ago, I've had two Jcheng clear-face illuminators fail. No failures yet for the CMVision IR-40, which I have 3x as many as the Jchengs. I'm noticing a trend here
Click to expand...

Hmmm. I bought 4 of the IR40 units, and one has failed after less than a year. I sent an email to the vendor, but no reply.

On my one failed unit, there was moisture inside the housing. On one of my 3 remaining units, there is also moisture inside, but as of right now it's still functioning. I'm also not thrilled with the hotspot, which you can see when the coyotes walk right in front of the cameras. The illuminators are mounted about 4' above the cameras:


What's the latest on IR illuminators?

Does anyone make an IR diffuser film that we could stick on top of the illuminators to spread out the beam a bit?
Last edited: Jan 10, 2022

TheWaterbug said:
Does anyone make an IR diffuser film that we could stick on top of the illuminators to spread out the beam a bit?
Click to expand...

Well, I suppose I should do some research before asking. I found this pack of diffuser sheets on amazon, and they even include transmission curves for 2 out of the 3 varieties in the pack (they repeated one of them, which is why it's only 2 out of 3). Here's the transmission curve for the "tough silk" sheet: 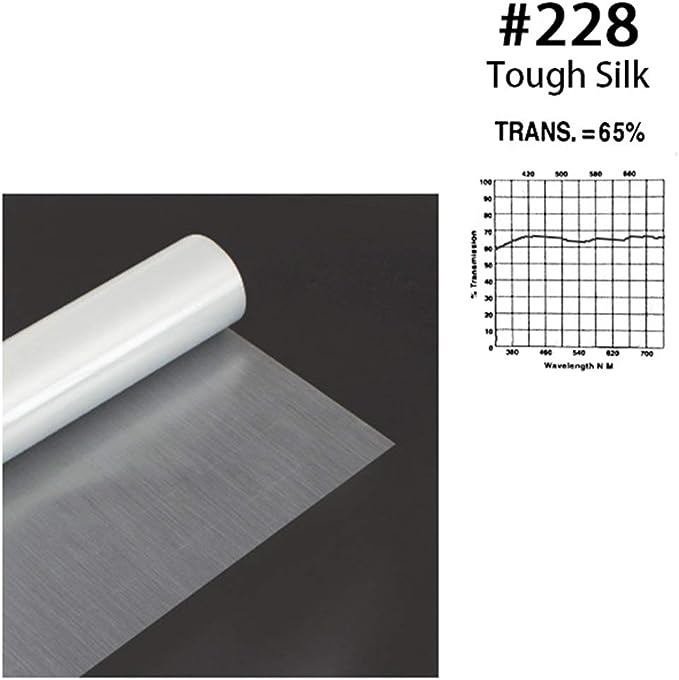 Those CMVision IR40 units allegedly output at 850 nm, and that curve only goes out to ~740-ish (the numbers on the X axis don't increment uniformly), but I would be surprised if it had a cliff at 850.

For $19 I ordered a pack to try out. I won't cut anything up yet; I'll just stand in front of the illuminator with the sheets and see what it all looks like. If it's not suitable, I'll send it back.

Why not try a piece of lens for a recessed, or surface, fluorescent light? That's a clear, prismatic, design and should be available in sheets of either polycarbonate or vinyl based plastic. Pretty easy to work with hand tools.

sebastiantombs said:
Why not try a piece of lens for a recessed, or surface, fluorescent light? That's a clear, prismatic, design and should be available in sheets of either polycarbonate or vinyl based plastic. Pretty easy to work with hand tools.
Click to expand...

TheWaterbug said:
I bought 4 of the IR40 units, and one has failed after less than a year.
Click to expand...

I wonder if they've changed the manufacturer or the manufacturing process? All of my IR40s from 2 and 3 years ago are still working well. I also tried a couple of IR3 at the same time and they all failed fairly soon, leading me to think they used different components and/or manufacturing. A couple of my Tendelux 4-watters got moisture inside, which was repairable by opening them up. The best solution I've found for the hotspot is to use 2 illuminators with the hotspots distributed. I have only one location where that was a good fit.

That's why I said to try it. If I had a piece I'd try it and report here. If I'm in Home Depot tomorrow I'll have a look around and see if I can find some and experiment. I used to have tons of it, ran a small assembly line that built fluorescent lighting fixtures when they were considered high efficiency.
You must log in or register to reply here.
Share:
Facebook Twitter Reddit Pinterest Tumblr WhatsApp Email Link
Menu
Log in
Register
Top