Thanks, I sent this out to everyone I know...

I can't take credit for finding that. A friend sent it to me and it's so spot on I had to share it.

The mentally defective liberal “progressive” Democrat administration under the Dementia patient in Chief continue to destroy American jobs, the economy, and our energy independence.

If you voted for these traitors, consider a mental evaluation,…. Oh, and please don’t breed.

One of Joe Biden’s senior advisors bragged this week about how the administration’s forced transition to green energy is causing people working in the fossil fuels industry to lose their jobs. 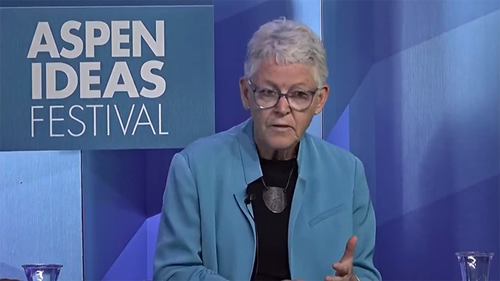 Speaking from the Aspen Ideas Festival, Biden’s climate advisor Gina McCarthy stated “We have opportunities now to transfer to clean energy in a way that grows thousands of jobs. We just had a recent report that is showing that all of the energy and the employment stats from last year. Clean energy is winning. Fossil fuels losing jobs.”
Watch:

McCarthy is referring to a Department of Energy (DOE) report that reveals American oil producers lost more than 31,000 jobs last year, while American coal producers lost over 7,000 jobs.
McCarthy bragged that jobs had been created in green energy sectors, without explaining that those sectors fulfil less than 20 percent of the country’s energy needs.
Last edited: Jun 30, 2022

sebastiantombs said:
I can't take credit for finding that. A friend sent it to me and it's so spot on I had to share it.
Click to expand...

( hint: massive amounts of money got put into the system .. )

And they have their own Stasi.
The FBI is no different than a bunch of Mafia thugs. Indeed, I'd say the Mafia had higher morals and values.

Disgusting how far the Democrats have destroyed our country,

Its been obvious for many years that the corrupt FBI has pictures of Roberts with little boys..

More daily proof that our country is being run by Traitors intent on its destruction.

The plan to kneecap the Oil and Gas industry is proceeding with great urgency, so they can push their losing, FAKE Green bullshit.

According to the Texas Governor’s Office, the proposed regulations will directly affect the Permian Basin, the largest oil field in the United States, accounting for 95,000,000 gallons of gasoline per day or 40% of the oil produced domestically.

This would be just one more move from Biden’s administration to impact the lives of every American by reducing the fuel supply and causing gas prices to soar well beyond Biden’s record of $5 per gallon.

^^^^^^^^^^^^^^^^^^
And that was a childish adolescent response (as we've come to expect from the deranged adolescents in the Bidet administration, to losing the big one

Wishing I had more time/access this morning, to report on the EPA ruling.
To summarize: it's another win for a smaller and less restrictive federal government.


Here is a list of some other Article I executive agencies.
Keep your eyes and ears open regarding these.

And here we have the critical point of the decision:

Not sure "What is a woman?"

and the walls keep tumbling down: 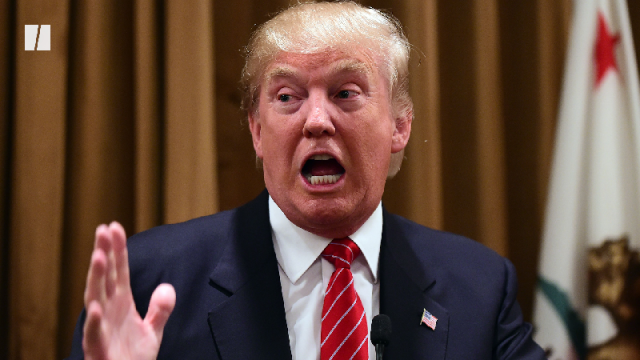 New testimony from the most recent Jan. 6 committee hearing shows that former President Donald Trump is a “disgrace” who is “unfit to be anywhere near power ever again,” according to right-wing news website the Washington Examiner.
Cassidy Hutchinson, an aide to Mark Meadows while he was Trump’s White House chief of staff, gave jaw-dropping testimony Tuesday that indicated Trump knew his supporters were armed and potentially violent but encouraged them to help him overthrow the 2020 election anyway. She also testified that a Secret Service agent told her that Trump tried to grab the wheel of his armored limousine to turn back to the Capitol when the Secret Service informed him they’d be unable to take him there on Jan. 6.
The Examiner noted that Hutchinson, at 25, had already worked at the highest levels of Republican politics, and was “a conservative Trumpist true believer and a tremendously credible one at that.”
“What Hutchinson relayed was disturbing. She gave believable accounts of White House awareness that the planned Jan. 6 rally could turn violent. She repeated testimony that Trump not only knew that then-Vice President Mike Pence’s life had been credibly threatened that day but also that he was somewhere between uncaring and actually approving of Pence’s danger,” the site said, before going on to relay other shocking elements of Hutchinson’s testimony, including his episode in the presidential motorcade and his “fits of rage” throwing food at walls.
“Hutchinson’s testimony confirmed a damning portrayal of Trump as unstable, unmoored, and absolutely heedless of his sworn duty to effectuate a peaceful transition of presidential power,” the site concluded.
“Trump is a disgrace. Republicans have far better options to lead the party in 2024. No one should think otherwise, much less support him, ever again.”
T

Meanwhile the Secret Service have already stated what Hutchinson said was a complete lie. They are ready to state this in front of the so-called Jan 6th commission. Yet the commission doesn't want to hear it. Hmmmm... wonder why?

On top of that it's hearsay evidence which has no credibility to begin with, let alone it being repudiated by the alleged original sources. Kind of like the memo she wrote that was actually written by someone else. Long story short she perjured herself in front of a Congressional Committee.

bigredfish said:
^^^^^^^^^^^^^^^^^^
And that was a childish adolescent response (as we've come to expect from the deranged adolescents in the Bidet administration, to losing the big one

Did I hear incorrectly that Roberts (expected) AND Kavanaugh (not expected) were 2 of the 3 votes?

TonyR said:
Did I hear incorrectly that Roberts (expected) AND Kavanaugh (not expected) were 2 of the 3 votes?
Click to expand...

They were Yes votes on letting Bidet kill Title 42, ie allowing illegal immigrants to pour in instead of remaining in Mexico, yes.